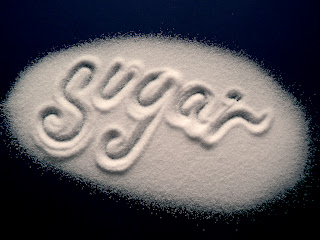 I read a blog post the other day about sugar.  It literally called sugar 'the devil.'  It mentioned violence and mental illness.  It touted that sugar is one atom away from cocaine.  WHOA!

Clearly I should be scared into never eating sugar again.  But instead I'm left a little annoyed.


Attempting to scare people into righteousness isn't a new tactic.  Its a very old one. An although often the intentions are in the right place FEAR based persuasion does more to hurt then help in the long run (at least in my humble opinion).


Sex is natural. Sex is beautiful. Sex is pleasurable.


Some have decided that since sex can be bad....it is bad.  It's not to be talked about. Its not to be enjoyed.  In fact the most holy people, will choose to abstain from it all together.


The puritanical  ideas about sex that seem to exist in this country haven't lead to purity.  They have led to child pornography, To Catch a Predator and rape.


Sex is the most glorious of human experiences, it is not inherently bad and neither is sugar.


Sugar is just Sugar...and it is pretty freaking awesome.


Sure sugar can be abused. Sure too much of it isn't good for us. But a moderate amount of sugar in our diets is fine.  It's probably even essential.


But I'm not that nutrition/science person...I'm going down that rabbit hole.  But I do know something about feelings and human behavior especially in relationship to food.


FEAR and GUILT don't keep people away from too much sugar.  In fact they probably often cause a cycle of binge and purge.  A period of restriction (No sugar!), followed by gluttonous abandon that leaves one feeling ill...emotionally and physically.

Great post! Sometimes I see this kind of sugar scare-mongering even on the vegan blogs I read, and I always think it's a bit out of hand. I mean, yeah, it's not healthy to eat lots of sugar but, really, this seems to be just one small part of the larger problem of people eating processed food. It's especially funny to me, as a diabetic, and all their talk of blood sugars, and I wonder if they actually know what they're talking about and if they own a glucometer!

Thank you so much for providing excellent information. "Sex is natural. Sex is beautiful. Sex is pleasurable." But after reading this post, how sugar affected sexual life. Really every people must read this post and try to avoid sugar.
Regards
Buy Kamagra oral Jelly