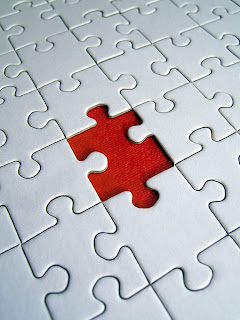 This past spring I had the pleasure of interviewing, Dr.Rick Kausman. Life has been crazy and it's taken me until now to get this post together.  Better late than never!!


Dr. Kausman is an Australian medical doctor who has devoted his career to the person centered approach to healthy weight management.    Dr. Kausman became a doctor to make a difference in peoples lives but didn't know exactly how, until he has what he calls a "sliding door moment."


In 1987 soon after finishing medical school a friend asked Kausman to work in his practice  that helped people lose weight.  He knew nothing about this area, but decided to just give it a show. The practice used strict diets, weight loss suppressants, and biweekly weigh ins.  Kausman said, "intuitively it didn't feel right."  He decided that he was going to look for another way. He s thought "there is whole different way we may be able to think about this"


In 1988 Kausman started his own practice, began pouring over research and writing on the topic and most importantly began learning from his patients.  " I couldn't share with my patients that I have been through this journey, but it was like I was a blank canvas, my patients painted their strokes on."


By 1993 Kausman began to solidify his learning and in 1998 he released his book, "If Not Dieting, than What?"   He says the book is as relevant today as it was 12 years ago, which doesn't say much for how far we have come.  However he is hopeful, "I believe change is coming on many levels."  When he first started, his felt alone in his message, that's not so much the case any more.


So what is person centered weight management?  " Its supporting the person rather than a one size fits all approach."  Kausman uses a wonderful metaphor to explain it.    "Helping people to be the healthiest they can be (and as a result of that their healthiest weight) is like putting a complex jig saw puzzle together. There is no two exactly the same, but there are common themes in peoples puzzles. "


Kausman says "most people are trying to put their whole health puzzle together with just two of the pieces, nutritional knowledge and activity."  His approach helps patients, often for the first time, step back and take a look at the other pieces.  He says its incredibly empowering for people to look at things from a new perspective.


He says that the person centered approach is a shift of power. "Helping people take control from within rather than giving control to someone else."  Kausman helps patients look at which puzzle piece needs attention first.  He says for many its becoming aware and more mindful about what he calls "non hungry eating."   Non-hungry eating is eating anytime when a person is not hungry.  There are many reasons....emotion, boredom, habit etc.  Often the first piece of homework he gives is to simply "be aware"  rather than try to change behavior.  According to Kausman people are blown away by what they learn, and many times behavior naturally starts to change without them even trying.


Kausman says sometimes their is a life issue, that needs to be dealt with first- for which he has a psychologist that works with him in the practice.  Other times the piece that demands attention is self nurturing.  If someone has no space for themselves, getting healthier has no room to happen.  No matter what piece it is, Kausman has patients ask "where do I most need to work?"


Kausman says that self-acceptance is often a difficult place to try to start for most people, however he finds that it often comes for the ride as people expand their horizons past only looking at diet and exercise. "Being in charge and empowered opens the door."


One of the most important thing Kausman helps his patients to learn is that they can  be healthy and enjoy life without deprivation.  This is a concept that runs crosscurrent to cultural ideas.  Getting to a healthy weight isn't about will power and strictly following someone's plan.   Its about finding your own path to a joyful relationship with your body!


What's the puzzle piece in your health puzzle that's demanding your attention most now?  Is it self-nurturing, a personal issue, non-hungry eating, nutritional knowledge, activity, self acceptance or something else?  Whatever it is, go there!

Thanks again to Dr. Kausman!  Check out this blog post by Dr. K, If diets don't work, what now?  and this you tube video of the If Not Dieting, Then What Empowerment Cards!

Thanks for this wonderful interview! I heartily recommend Dr Kausmans book and know from experience that tapping into our inner wisdom and becoming more aware of our eating can help change take place naturally and pleasurably. With kindness and self love, lasting change is possible.

Magnificent blog and also have some valuable information. Yes, I have read out your blog and knew lots of things about Dr Kausman and his thought about weight management that's all are very true and effective as well. So I think everybody should look forward this blog and need to get some tips from here as well. Thanks

In a word, awesome!! We expect such kinds of post regularly. Keep Posting....

Its really cool information you shared here and I enjoyed a lot this info.

Very informative post.I really enjoyed this post while reading.
Thanks for your post.
SEO Training in Chennai

This was so informative about weight management. So nice for sharing.
indian restaurant hong kong

Nice post. I am really happy to read your post. Thanks for sharing.
home interior designers in Chennai